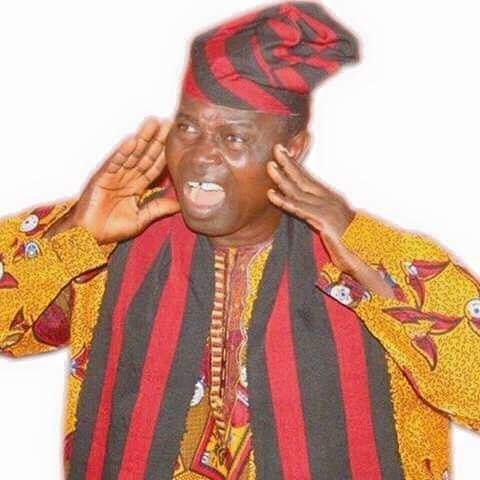 Peter Owoicho Oturu: How It All Began

That the great Idoma gospel musician, Peter Owoicho Oturu is no more is no longer news, what many may not know is how this legend got to be known by almost all Idoma people irrespective of religious leaning. This did not happen overnight.

Oturu hailed from Ogoli in Ugboju district of Otukpo Local Government of Benue State. Like youths of time, he started as a farmer. His early musical career started when he became actively involved with the secular ‘Aja’ folk dance popular among the Ugboju people and its environs of Onyagede, Adoka, Awume, Otukpo, etc in those days. He was not only good at singing ‘Aja’, but he could also dance as well. These had an impact on his later career as a gospel singer as we will see later.

As a young boy, I had watched on two occasions (at Okoto Ugboju and Ogoli Ipigbogbo Ugboju) the late gospel artist wriggling as he sang the popular aja tunes in the late 70s.

When he accepted the call to musical evangelism, Oturu was able to transform the Idoma gospel music for its sombre tempo popularized by Elizabeth Ochankpa and Edo Alega to a danceable musical performance such that youths who later jettisoned Aja for ‘choir’ never seemed to have missed much.

Oturu introduced the functionality and the dynamism of the Aja folk dance into the Idoma gospel music. The pot-like instrument and ‘ichaka’ were discarded and in their places, drumming, very much like Aja drumming was introduced. Besides, youths who thought they had lost out by the moral Christian messages of Oturu songs, unlike the romantic atmosphere of Aja folk songs were to discover to their joy that ‘choir’ provided an abundant source of ‘marriage materials’ as members were often encouraged to marry one another.

One of Peter Oturu’s early albums that made him come to the limelight was ‘Opechi’. In fact ‘Opechi’ was said to have got him into trouble when the traditional religious worshippers interpreted the contents of the song as making a mockery of their ways of worship. In the song, Oturu had likened idol and ancestral worship as someone who feeds his late parents by throwing food to the floor where they would struggle it out with dogs and duck! He was summoned to appear before the then district head of Ugboju, the late Alhaji Amodu Ogwu to defend himself or face sanction.

Oturu was not only good in singing gospel songs, but he was also an orator. In his defence, Otulu cleverly told the monarch and the elders present that he did not insult the gods and the ancestors but was actually referring to himself. That he, Peter Owoicho Oturu would not reduce his own father to the level of throwing food to the floor for him to eat. This defence set him free!

Another influence of Oturu’s kind of gospel music to Christians in Idoma land was his non-denominational approach to gospel evangelism. Though he belonged to the Methodist Church, Oturu was at home in every church irrespective of it denomination both at home and even outside Idoma land wherever he went to minister with his gift of melodies. His music was accepted by all, Christians and non-Christians, for its moral and artistic values. In fact, it is said that the only Idoma folk singer that came close to Oturu was the late Joe Akatu of the “Club” fame (Club another brand of Aja)

Oturu elevated Idoma gospel music from that of mere songs to stage performance by introducing ‘demo’ where his back-up singers would use gestures and expression, a kind of pantomime to inform and entertain the audience.

Although his vociferous voice will not be heard any more, except by listening to his existing recorded music, Peter Owoicho Oturu will forever be remembered for unifying the entire Idoma Christians into one single family. Like he sang in one of his song, ‘inya le nmeyi ee, omlenyo ge yo lalo! ( At the end of the race, there will be time to rest for us all) . Rest in peace great son of Ugboju. Rest in peace great son of Idoma.