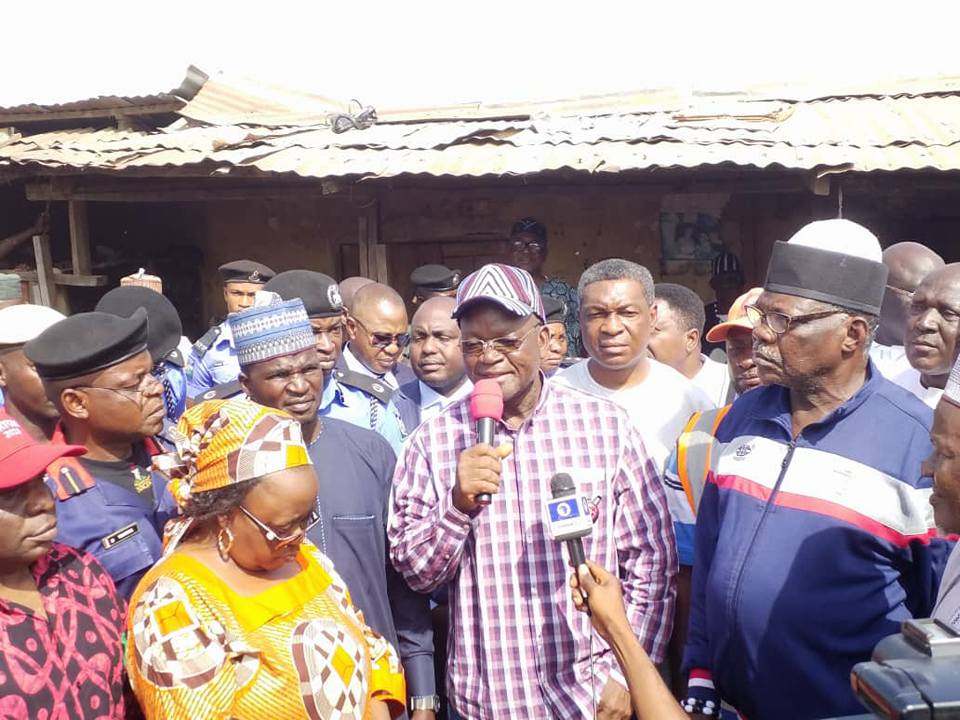 Governor Samuel Ortom this morning visited Wadata Market which was gutted by fire last night for an on the spot assessment of damages caused by the incidence.

At the Market, Governor Ortom addressed the victims and other traders in the Market.

He donated N30 million naira to the victims as an interim measure to cushion the effect of the disaster.

The Governor also directed more security presence in the market to prevent looting by hoodlums who might take advantage of the incidence to cause more havoc.