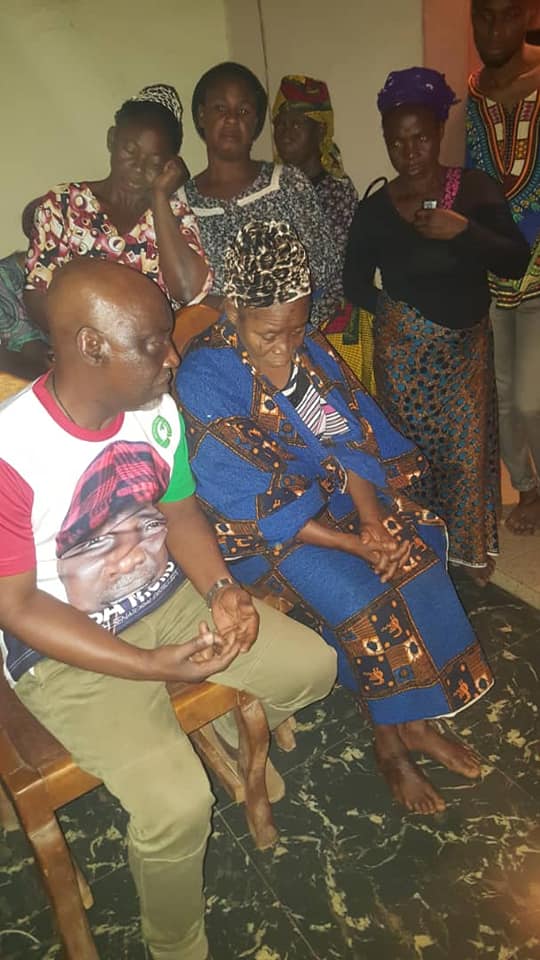 By Josephine Akioyamen on January 2, 2019

Comrade Abba Moro, a former Minister of the Federal Republic of Nigeria and Candidate of the Peoples Democratic Party (PDP) for the Benue South Senatorial District, known informally as Zone C, yesterevening paid a visit to the residence of assassinated Mr Umoru Umoru, to offer his condolences to his family.

Describing the late Umoru as a perfect gentleman and a man of peace, Moro prayed God to grant eternal rest and to the family the fortitude to bear this great loss. He also called on the authorities to provide adequate security for lives and property in Zone C and more particularly within the Ugbokolo axis having been the scene of some brazen crimes in the recent past.

Two of the sons of the late Umoru, Vino Umoru, and Mr Onoja Umoru, were present to receive Comrade Moro. They thanked him for the visit and for being a friend of the family even in these trying times.

Mr Umoru Umoru, a leading light of the Ugbokolo town, and a successful businessman was a staunch supporter of Abba Moro. He was fell by the of assassins, still at large, at his residence at Effoyo Ugbokolo on December 26, 2018. He was the proprietor of St. James Secondary School and hailed from Otukpa, Ogbadibo Local Government Area of Benue.