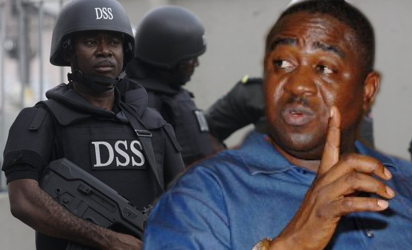 I read with sadness, the statement signed by the immediate past Governor of Benue State and the Senator representing Benue North East in the national assembly, Senator Gabriel Suswam, wherein the ex Benue number one reacted to the media report that he opposed the screening of an ambassadorial nominee from Benue State, Rt Hon Prince Terhemen Tazoor in the senate. In countering that report, Gabriel Suswam condescended so low that he unveiled himself as an ethnic chauvinist who is in partnership with the enemies of a united Benue state and Nigeria.

As a former number one in Benue, it was disappointing for Suswam to still hold himself out as a defender of a particular section of the state irrespective of his position today as a senator representing a zone. By virtue of his position as a former Governor of the entire state, he is expected to be above board at all times, fighting and defending the interest of justice in all his undertakings. His official duties in the senate must be conducted in a decorous manner devoid of ethnic colourations and befitting of his status as an ex Governor of the state. He is expected to carve a niche for himself where ethnic profiling would be unimaginable.

It was therefore sad and unbecoming of the political leader to have questioned the appointment of three ambassadorial nominees from the Idoma tribe, it was further undesirable for him to reveal that he has written petitions to the federal ministry of Education, challenging the citing of a Federal University of Health Sciences and a Federal College of Education in the Benue South district of the state when he had not raised objections in the past against the citing of all relevant institutions in the Tiv axis of the state.

One would have thought that the ex Governor would also be concerned about the obvious marginalization of the Idoma nation in the political equation of the state which has made it a herculean task for an Idoma man to Govern the state. It is also regrettable that the inability of an Idoma man to be speaker of the Benue State House of Assembly or occupy other strategic positions in the state, does not call for the concern of the lawyer and statesman. It was also hypocritical that the same crusader of justice did not first remove the log in his eyes by first questioning the rationale behind the Tiv producing both the Governor and still occupying the only ministerial slot zoned to the state before focusing his torch-light on the hardly-relevant ambassadorial position.

Inciting a tribe against another as could be deduced from the statement was a great disservice to Benue’s peace and unity and Suswam must be held responsible should there be any iota of ethnic-based violence in Benue as he commands a hoard of supporter who might go out unleashing mayhem against others as he had charged them to do in that speech.

In 2007, I joined other well-meaning Nigerians to condemn the involvement of late Alhaji Shehu Shagari, a former President of the Federal republic of Nigeria in the pursuit of what was then called the Northern Agenda, which backed Atiku’s candidacy for the presidential election. It was my thinking that having helmed the affairs of this country, it was wrong for Shagari to pursue a sectional interest in the same country where he had served as the father of everybody irrespective of region, religion and tribe. My joy was inestimable when I learnt from Obasanjo who quoted Shagari in the second volume of his book (My Watch) to have said he was manipulated into taking that position and that he regretted taking part in that hoax.

The Benue people and the Northcentral expects Suswam to live above board and pursue national interests for every Benue citizen irrespective of zone and tribe. We expect that such energy and activism inclinations should be channelled to the national front where Suswam is already rooting for a Northern Presidency, without agitating for the North Central zone of which he is a worthy son to produce the next President of the country. It will amount to cowardice and hypocrisy if Suswam who has taken up the role of seeking for equity and justice does not join the call for an Idoma governorship in 2023 and also play a pragmatic role in ensuring that a Middlebelter emerges as the President of the country. I used to hold Suswam in high regards. He has just lost my respect and loyalty. Sylvanus Okpe is an Author, a Civil Rights Activist and the convener of Benue Young Professionals in Politics (BYPP). He writes from Abuja