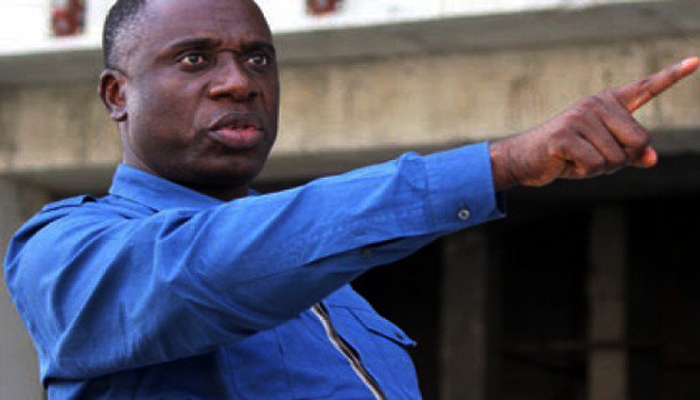 Nigeria’s transport minister, Rotimi Amaechi, says that the Buhari’s Government, which he is part of, is a total failure.

He expressed this in a recording IPN, obtained from Premium Times where Mr Rotimi Amaechi painted a picture of Buhari as a dismal failure who has been unable to meet the expectations of various segments of the society, ending with a dismissal of Nigeria as a never-going-to-change hopeless nation.

The transcript of the recording reads: “These are not things you publish ooo. If you publish them, you will never sit with me any day.

“The rate of poverty is very high. The people are hungry. Nigeria will never change!”

According to Premium Times, the claims, particularly regarding expectations, expressed in the recording may be correct.

Government’s own official information shows Mr Buhari has presided over a worsening national job situation, with the unemployment rate standing at 23.1 per cent by the third quarter of 2018 up from 18.8 per cent per cent by the end of 2017.

However, government officials argue jobs are not dropping but that it is the number of people entering the working age bracket that is outpacing the existing opportunities in the labour market.

Invariably, poverty, under Mr Buhari, also continues to soar, a crisis Nigeria has experienced for decades.

According to the World Bank 2017 Atlas of Sustainable Development Goals, between 1990 and 2013, Nigeria added 35 million people to its poverty population, jumping from 51 million to 86 million (and now over 100 million). Of the 10 populous countries surveyed, Nigeria is the only country that failed to reduce poverty.

By 2018, Nigeria has overtaken China and is only behind India, arguably, with the highest number of extremely poor people within one national territory.

In an earlier recording also shared by the Atiku campaign, Mr Amaechi appeared to be describing Mr Buhari as a leader that does not listen and care.