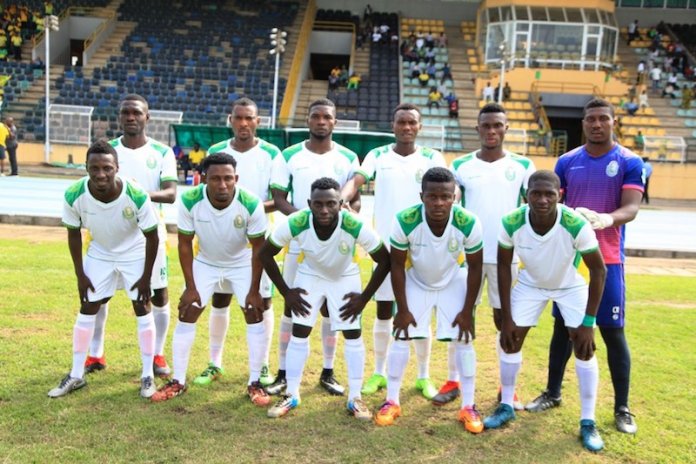 Bendel Insurance Inches Closer To A Return To Premier League

Takes on Shooting Stars in a decisive clash on Wednesday

Former Nigerian Champions, Bendel Insurance, yesterday moved a step forward as the first team with a chance to seal a ticket to the Nigeria Professional Football League (NPFL) with a game to spear at the ongoing Nigeria National League Super 8 Play-Offs, in Aba, after maximum victories in two matches..

Junior Osaghae’s second half goal ensured victory over Remo Stars on Monday to earn the legendary Insurance maximum points after claiming a comprehensive 3-0 win over Delta Force, on Match-day 1, decided on Sunday.

Wednesday’s final fixture for Insurance will be the third clash against perennial rivals, Shooting Stars Sports Club (3SC) this term, in what is usually a national derby.
Insurance remains undefeated after two meetings against the Ibadan team.

The first meeting in Ibadan ended in a goalless draw, while Insurance won the reverse fixture, 2-1, in Benin-City.

A herculean task awaits Shooting Stars on Wednesday as they have to score three goals to halt Insurance’s return to top flight football. Today is day for all the eight teams in the playoff.

Having spent over a decade in the lower division, the present in Edo State, led by Governor Godwin Obaseki promised to return the club to the elite league.

On paper, Insurance looks good to return in style considering their outing so far, in Aba, as the only team with maximum points and only team yet to concede a goal.

Interestingly, Bendel Insurance topped their Group which had the Ibadan side during the regular season.