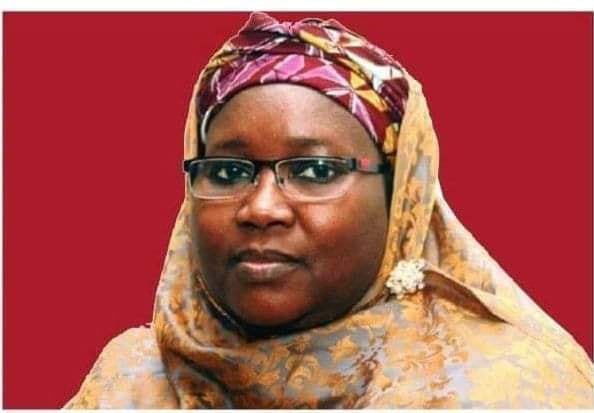 Amina Zakari is Lying About her Relationship with Buhari

Mrs. Amina Zakari just said to the BBC, “I’m not [Buhari’s] niece.” That’s flat-out mendacious. And it puts a huge question mark on her honesty, probity, and trustworthiness. A person who can lie this casually about something as basic and as verifiable as her relationships is disreputable and unworthy of the responsibility she’s been entrusted with at INEC. So what is the truth?

In a December 27, 2018 article, Mohammed Haruna, former Daily Trust columnist and current INEC commissioner, confirmed that President Muhammadu Buhari’s biological sister was once married to Mrs. Amina Zakari’s father. That makes Amina Buhari’s niece. This is the definition of a niece in the Oxford English Dictionary: “A daughter of one’s brother or sister, or of one’s brother-in-law or sister-in-law.” Amina’s father was Buhari’s brother-in-law. So Amina IS INDEED Buhari’s niece.

But that’s not all. At some point in his youth, Buhari, who lost his father at a young age, came under the guardianship of Amina’s father, the late Alhaji Hussaini Adamu, who was emir of Kazaure, Daura’s “next-door neighbor.” I had the pleasure of interviewing Mrs. Amina Zakari’s brother, Alhaji Najib Hussaini Adamu in early 1999 shortly after he became emir, when I was a reporter for the Weekly Trust. I stayed at the palace for days. So I have some familiarity with the family.

Buhari has never severed his relationship with Amina’s father’s family even after Buhari’s sister’s death. When he was chairman of PTF, he got Amina a consultancy contract with Afri-Projects Consortium (APC), “the sole manager of the PTF projects.” In Ray Ekpu’s widely shared June 2018 article titled “Petroleum Trust Fraud,” we learn that the late Salihijo Ahmad, the Adamawa-born boss of APC and relative of Buhari’s current wife, “admitted to Newswatch in an interview published by the magazine in its April 19, 1999 issue that it was APC that wrote the proposal which defined the mandate of the PTF.”

It has also been established by several people I spoke with today that Amina Zakari was nominated to INEC commissionership by Buhari. This fact, as I pointed out in my Saturday Tribune column, isn’t enough to vitiate her neutrality. After all, Jonathan defeated Buhari in 2011 while she was INEC commissioner. But deceiving the world by concealing the nature and depth of her relationship with Buhari shows that she’s up to no good this time around.

Another evidence of Buhari’s continuing relationship with Amina’s family exists in the fact that Mrs. Amina Zakari’s biological brother, Alhaji Sulaiman Adamu, is Buhari’s Minister of Water Resources. In both African and Western kinship dynamics, Buhari and Amina Zakari are related. If Nigeria were a functioning country, Amina would have recused herself from her current role at INEC in view of the widespread concerns raised by several stakeholders about her ties with Buhari. But Nigeria is an anything-goes banana republic.