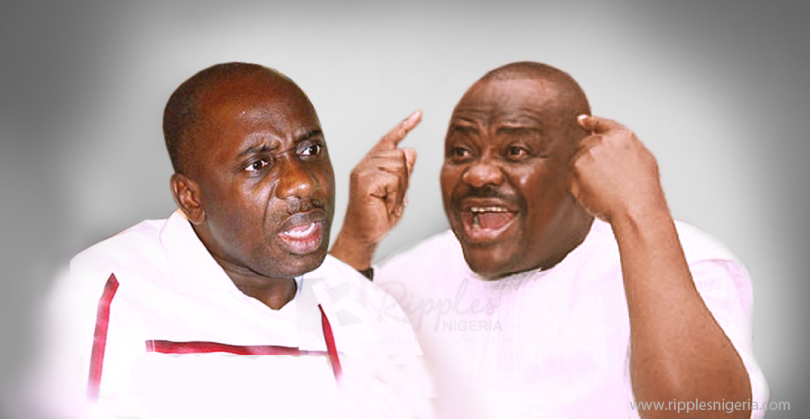 Governor Nyesom Wike of Rivers State has said that his predecessor and Minister of Transportation in Buhari’s Government, Rotimi Amaechi, is only supporting Buhari, in spite of, his monumental failures because of momentary gains resulting from his insatiable greed.


Nyesome Wike, who was Rotimi Amaechi first Chief of Staff, when he was Governor of Rivers State knows the ex-Governor as few know him. They used to be best buddies until they fell out politically. When President Obasanjo denied Amaechi of his victory during the PDP primaries of 2007, it was Wike, that was the arrowhead of his legal victory. He was the face of the resistance. They have been friends since Amaechi’s speakership days of the Rivers Assembly.

Based on this antecedent, Wike knows what he is talking about when he says that Amaechi is only staying with Buhari despite his misgivings about Buhari’s competence or ability to perform, as expressed in the various audio tapes that leaked, because of personal gains and not for reason of national interest. Amaechi’s greed is widely known in Rivers State.

Amaechi was caught on tape disparaging his boss, President Mohammadu Buhari. He was heard saying that Buhari is a harbinger of poverty, a total failure, and as someone who doesn’t care about the ordinary masses of Nigeria.

You can read about the tapes here and here.