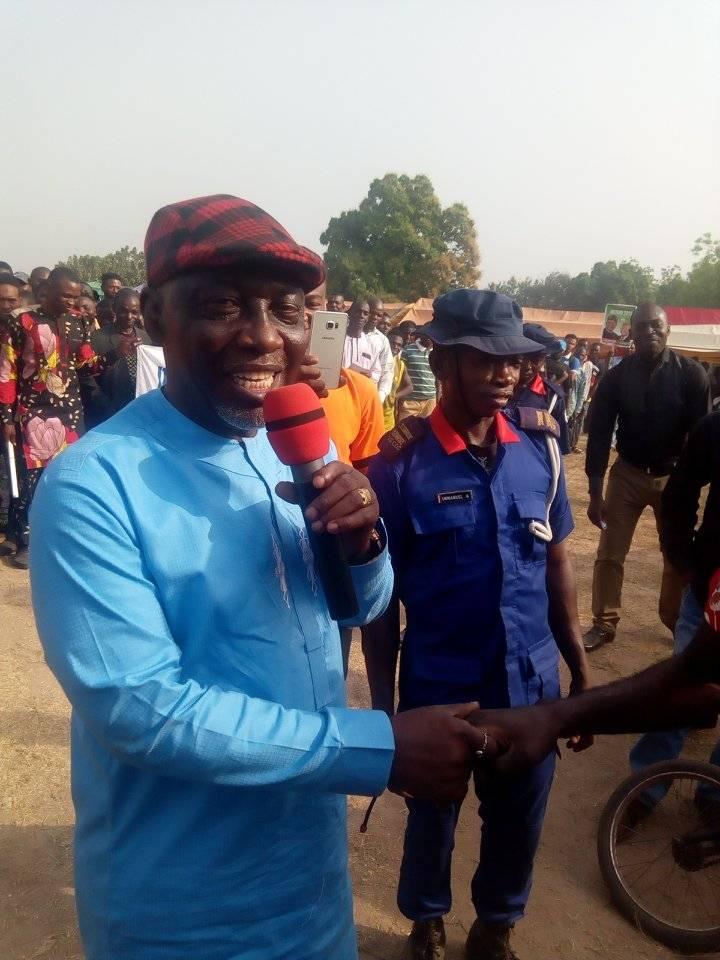 The Senatorial candidate of the Peoples Democratic Party in Benue South, Comrade Abba Moro, has consoled Governor Samuel Ortom and people of the state over the recent fire disasters in the state.

The report had it that suspected herdsmen had during the weekend set ablaze a rice farm belonging to the governor.

Similarly, the popular Wadata market was also gutted by the inferno, destroying goods worth millions of naira.

Reacting to the incidents, Comrade Abba Moro described the disasters as sad and heartbreaking.

He described the separate fire incidents as “unfortunate” assuring the traders of his personal support in their trying moment, urging them not to lose hope because of the sudden turn of events.

The former Minister of Interior also assured Governor Ortom and the traders that his thoughts and prayers were with them at this moment of great financial loss.

Comrade Moro urged governor Samuel Ortom not allow the incident deter him in his efforts to protect the Benue valley from intruders.

“The incidents were no doubt aimed at distracting the governor and the people of the state.

“I sympathise with Governor Ortom over the fire incident on his rice farm. It is sad, unfortunate and heartbreaking, a development that could make one lose focus.

“I, therefore, urge him not to be discouraged by the unfortunate incident but remain resolute and focus as he battles to protect Benue State from intruders.

“Also, I sympathise with traders who lost their goods in the Wadata fire outbreak. Starting the New Year with such news is really sad but must learn to thank God in everything,” Moro said in a terse statement the Director of Media and Publicity of his campaign organization, Ameh Comrade Godwin