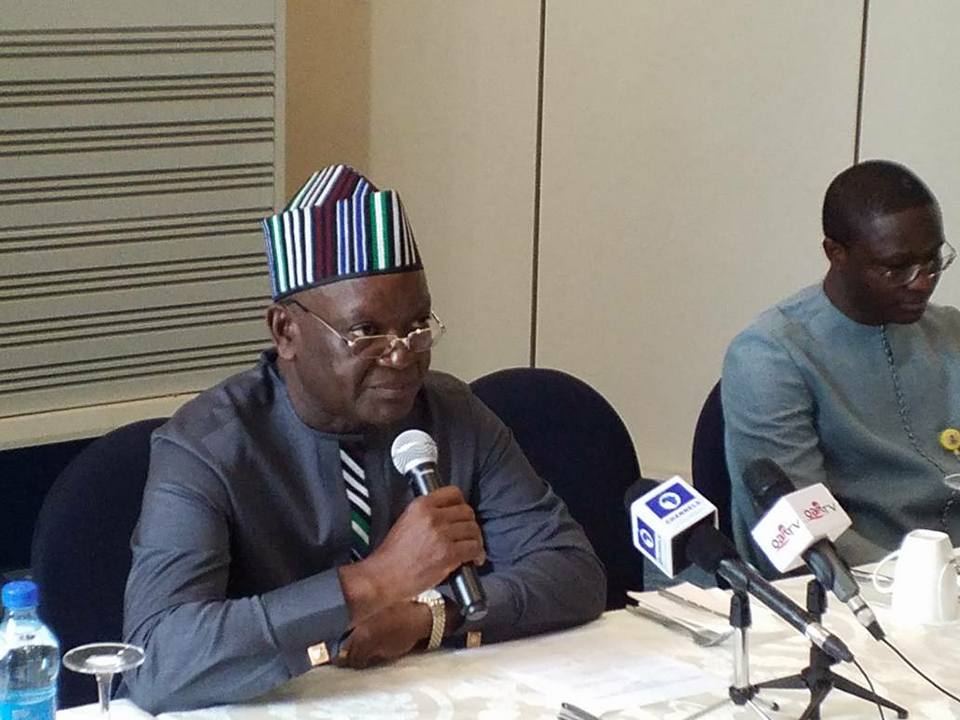 The Benue State Governor, Samuel Ortom is seeking to return to government house in 2019 basically because he fears being jailed like Chief Joshua Dariye and Rev. Jolly Nyamie of Plateau and Taraba States respectively.

On assumption of office in May 29th 2015, Samuel Ortom made an open declaration that, he does not want to be poor as Sen. George Akume.

Akume, a retired Permanent Secretary, a two term governor, a former Minority Leader of the 7th Senate, still a serving Senator has all it take to be extremely rich safe for his humane nature of living a life of service to humanity.

Sen. Dr. George Akume is richer than all Benue Citizens living or dead, this is based on the fact that, as a distributor of wealth, Akume has made more than ten thousand millionaires including Gov Ortom, universally, this is the greatest wealth a man can have on earth.

Since Ortom became governor of Benue State, his private businesses have received boost including the recently acquired Enyo Oil across the Country, the half dead Oracle Printing Press, the expansion of the Oracle farm with modern equipments procured through public funds etc.

His fear is hinged on the public knowledge of his investments which is already being questioned by the Benue public.

Indeed, infrastructure has collapsed in Benue with backlog of salaries and wages, lack of basic social amenities and a deliberate distortion of the foundation of the State’s economy, all for the survival of his personal and private trade.

In flagging off his re-election campaign in Makurdi, Gov. Ortom said he is seeking re-election because some persons want to repeal the Anti-Open grazing Law in the State and those who lost their lives to herdsmen(Militia) killings in Benue.

It has become crystal clear that, Gov. Ortom has no bases of asking for a renewal of his mandate because he has failed himself, government and the good people of Benue State.

How on earth should a man seek to govern his people again after admitting his inability to provide basic social amenities while his private business are blooming?

Ortom’s re-election ambition is a mockry of those who lost their lives, loved ones to Militia killings in the State. The spirit of the decease are already fighting the governor hence he has lost focus completely.

His propagandas has failed as every avenue to reconcile with the people is being resisted.God has hardened their hearts against his re-election come 2019.

The best Ortom can do at the moment is to withdraw from the race and apologize to Benue people and beg for supreme forgiveness from the Almighty God since he(Ortom) is aware of his impending defeat in the 2019 governorship elections.